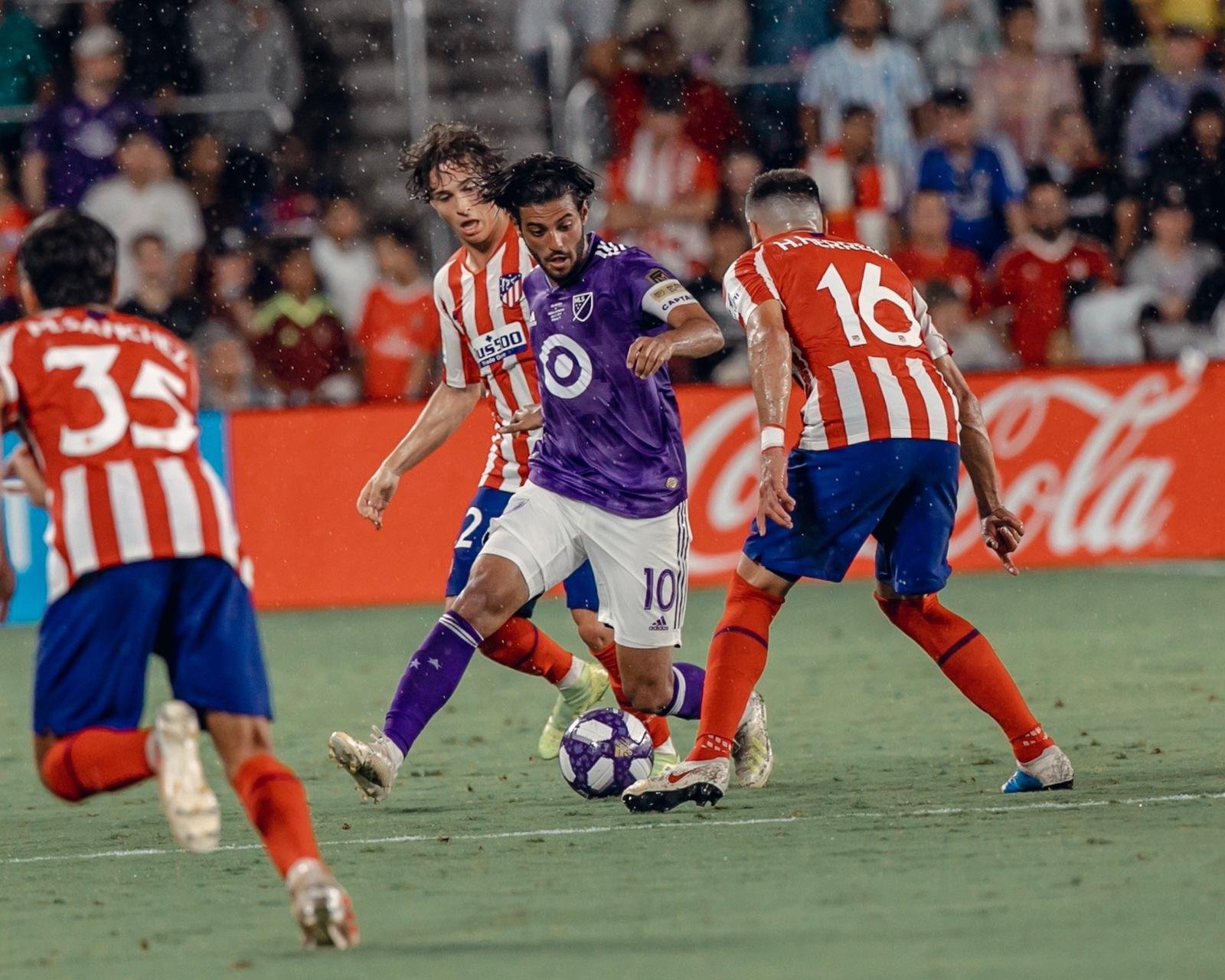 After months of voting, the MLS All Stars roster was set. 4 LAFC members made the squad. Carlos Vela, Diego Rossi, Walker Zimmerman & Mark Anthony Kaye. The LAFC boys were joined by stars from the rest of the MLS and their opponent Atletico Madrid, who have been in the news lately. First, they sold French star Antoine Greizmann to FC Barcelona for over $130 million. Then, the club brought in youngster Joao Felix for $146 million from Benfica. Their previous match, they destroyed rivals Real Madrid 7-3.

Since the MLS All Star game is being held in Orlando, you guessed it, it started raining. So much that they had to postpone the game for 42 minutes. Hey, if you hold it in LA, that won’t happen. LA 2020?

The match eventually begun with 2 LAFC members in the starting XI, Captain Vela and Mic’d Up Zimmerman. Within 20 minutes, Atletico had 6 shots, the match was 0-0, the MLS had the upper hand on possession and Brad Guzan was booed every time he touched the ball. The first round of subs came with Irba coming out for Martinez and Brad Guzan coming out for Andre Blake. 40 minutes in, Atleti had jumped to 10 shots, while the MLS have snuck in their first. But, the MLS still remained ahead in possession. Shots pay off, and Atletico too the lead in the 43rd minute, with a goal from 10 yards out.

That would be how the first half would end. With the rain pouring down, the two teams head to the locker room, MLS down 1-0. During the half, Carlos Vela and Walker Zimmerman came out, and Mark Anthony Kaye and Diego Rossi made their MLS All Star appearances. Within the first 20 minutes of the second half, the MLSers are still stuck trailing in shots, 16:5, and ahead in possession, which has been the problem because shots lead to goals.

74 minutes in, Diego Rossi is subbed out, leaving only Mark Anthony Kaye. The MLSers got two good chances near the 80th minute, but couldn’t convert. Nick Rimando should have taken it. In these last minutes, Atletico Madrid have doubled their lead, with a beautiful knuckleball into the back of the net. And make it 3-0 to the guests as Atletico pick up a last minute goal.

That was fulltime. Atletico Madrid took a 3-0 win over the MLS All Stars and that is it from MLS All Star week in Orlando.