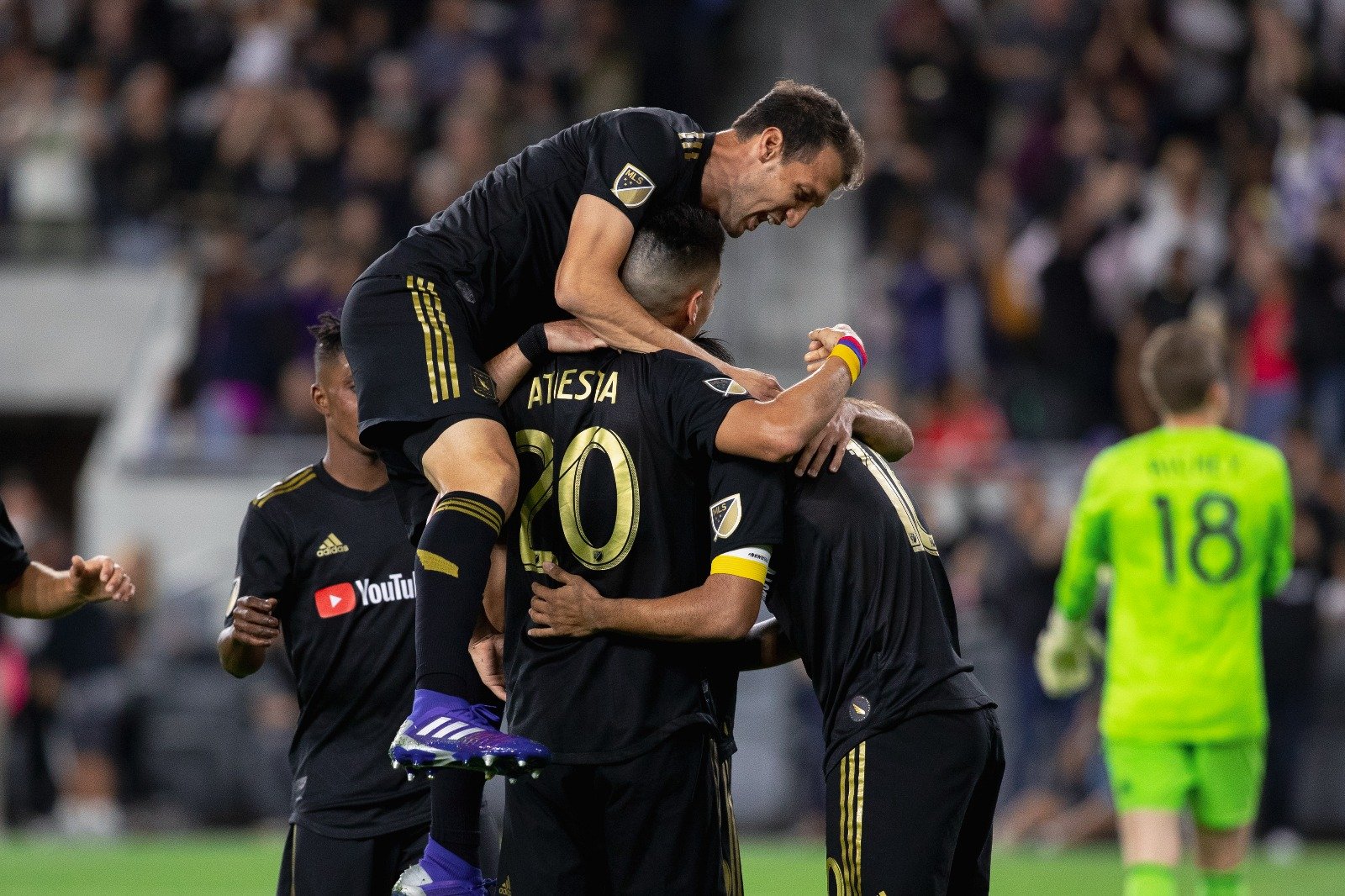 Yes. LAFC come into this game with 19 goals, a new record, beating the Galaxies 17 goal record from 1998. Having scored 9 goals in their last 2 games, both away games (Also a new record), with two hat tricks in the last two games (New record for 2 away games). So, LAFC was on fire coming into this game.

Meanwhile, FC Cincinnati were beginning their MLS journey. FCC were 1-2-2 coming into their first meeting with LAFC. -2 goal differential. Basically, their start was not the best, yet not bad. They tied SKC 1-1 in their last match.

The Black and Gold started the same lineup as used against DC United, with one major change. LAFC forward Christian Ramirez got the start up top, replacing Dio, who was placed on the injury list for this weekend. For those unaware, here is how it went. Tyler Miller in goal with Steven Beitashour, Walker Zimmerman, Eddie Segura and Jordan Harvey. Mark Anthony Kaye, Eduard Atuesta and Latif Blessing took to start in the middle, while Diego Rossi, Carlos Vela and Christian Ramirez started up top.

The game begun and there was a thrill of attack from LAFC. I talked with Gio Garcia from fantasysportscave.com (Go check them out. They provide great content from LAFC and other sporting events. I was also on their podcast. Check that out here: http://bit.ly/CentralOnFSC) We talked about how FC Cincinnati was holding back for the first 20 minutes. LAFC eventually opened the scoring with a goal from Mark Anthony Kaye in the 32nd minute. Gio also had spotted that Carlos Vela had been forcing a lot of things. For example, he was shooting just to shoot, or dribbling just to keep the ball. Tyler Miller also came up big with a huge save in the end of the half.

The second half begun and both teams had great chances. Late in the match, Carlos Vela scored and finished off the match, securing the Black and Golds 6th win. LAFC currently have 13 unanswered goals as well. LAFC take on the Vancouver Whitecaps on Wednesday in Vancouver and then Seattle in Los Angeles on Sunday.