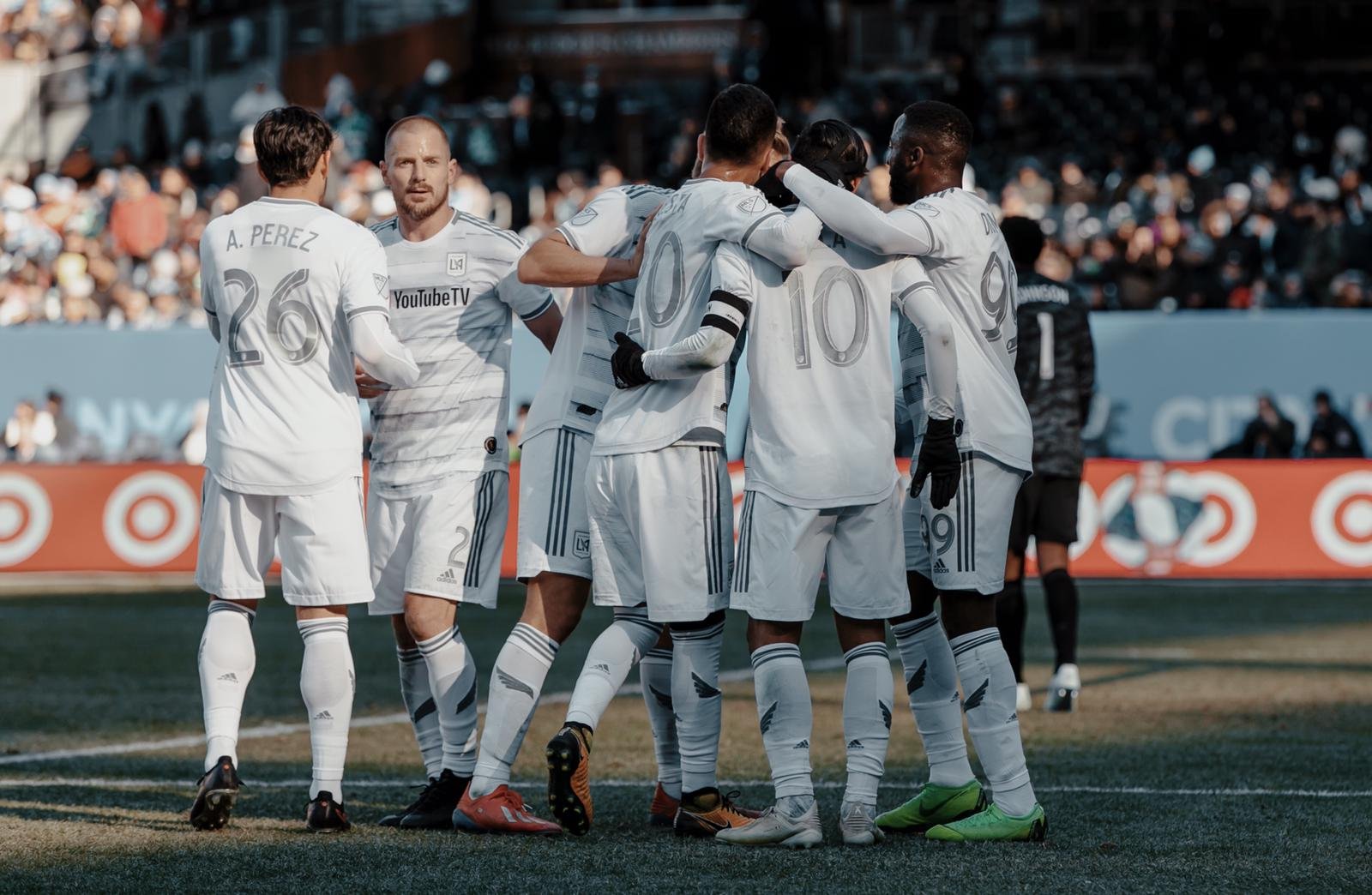 LAFC traveled across the country for the first away trip of the season to take on NYCFC. This was also LAFCs first experience playing on a baseball field and wearing the new Street X Street kits, which I officially have a problem with. I love the design, but Adidas messed up making the numbers grey! GREY! GREY ON WHITE! Please change the numbers to black. Best wishes, Blake.

Anyway, LAFC has had a very successful 2 games at home, with a 2-1 and a 4-1 win. NYCFC has scored 3 goals and were sitting on 2 points. The Black and Gold had to take on their first away trip without two key players. Steven Beitashour was out with a concussion and joined LAFC fans at FreePlay. Lee Nguyen was also Questionable but did not make the 18. We do not know if he hurt himself on the runway at the Adidas Fashion Show or during practice. With two key players to replace and lots of good options, Bob had a big test ahead.

Besides that, the lineup was the same as normal, with Tyler in goal, Jordan Harvey, Eddie Segura, Walker Zimmerman and Danilo Silva in the back. Mark Anthony Kaye, Eduard Atuesta and Latif Blessing in the middle. Diego Rossi, Carlos Vela and Christian Ramirez up top. Christian is headed for USMNT Training Camp and will be missing upcoming games like LAFC vs RSL. NYCFC had a packed lineup as well with their star, Alexandru Mitrita returning.

The game began with LAFC taking most of the possession and playing a nice game. But NYCFC got the first goal. Carlos Vela tied it up and then hit a home run. It was 1-1 at the half. It was a good half for the Black and Gold. Second half was similar, with NYCFC getting the first goal, then Carlos Vela evened it. Dio almost scored at the end, but ending 2-2 was a fair score.

This was the Black and Golds first time playing in a baseball stadium. I think the club handled it well and I am very excited for NYCFC to hopefully get a stadium. One thing to note, the field at Yankee Stadium is on the smaller side of pitches. As you know, or if you don’t, soccer fields can vary in size. According to the FIFA Laws of the Game 2019, the minimum length for the sideline is 100 yards, while the maximum is 130 yards. The goal line can be between 50-100 yards. Yankee Stadium is 106 yards long by 68 yards wide. It's almost 550 square yards smaller than the second smallest, Providence Park in Portland.

What we should have done is played the defensive wings, as Beitashour plays. When he plays on the wing, he uses the wings really well and plays the balls out of the back. Anyway, enough talk of the field.

That's the recap for #LAFCNYC. LAFC takes on Real Salt Lake next Saturday. Get tickets on SeatGeek and get $20 off your first purchase using my exclusive code LAFCCENTRAL.

Bored? Watch the documentary series “We Are LAFC” that follows the Black and Golds first season. Available on ESPN+. Get your first 7 days free using the link next to this word. ThisWord: http://bit.ly/JoinESPNPlus