LAFC Lose First Game of The Year to The Whitecaps 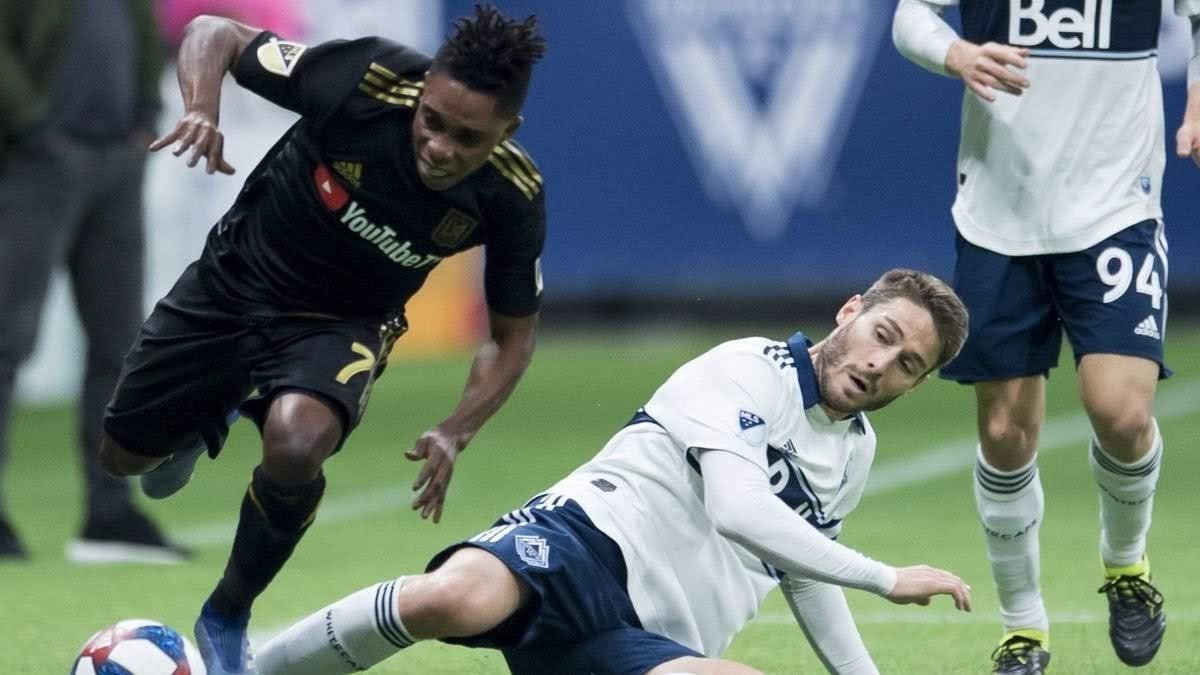 LAFC took their first trip out of the United States in 2019, and lost to winless Vancouver Whitecaps. LAFC had to play 3 games in a week, which is how schedules work. So, Bob Bradley decided to play our younger squad and let our starters rest. It didn’t work.

The Vancouver Whitecaps came into this match needing a win. They were 0-4-2, looking to get their first win of the year, under lead of new head coach and LAFC Assistant coach in 2018, Marc Dos Santos. Meanwhile, Bob Bradley knows that the schedule can be tough for players. It can wear down players having to play 3 games in a week. So, Bob decided to play our younger team. This is the first time in the 2019 MLS Season he has done this, and a lot of the players first starts.

Tyler Miller started in goal, per usual. In the defense, Shaft Brewer Jr, Danilo Silva, Eddie Segura and Niko Hamalainen. Peter Lee Vassell took to the midfield, alongside Eduard Atuesta and Latif Blessing. Carlos Vela, Christian Ramirez and Diego Rossi started up top, with Dio still out due to injury.

27 minutes in, the Vancouver Whitecaps struck, with a goal from Inbeom, his first of the year. The game was very back and forth, with both goalies coming up with big saves. But the Black and Gold could not seem to get a shot off. Carlos Vela was forcing things and nobody was there on crosses. Halftime came and we needed to level the scoreline. So we pushed. Mohamed El-Munir came into the game and played amazingly. He almost got LAFC their first goal of the game and has definitely earned his spot above Niko as the second right back. But the game ended scoreless and the Whitecaps had just handed the Black and Gold their first loss of the 2019 MLS season.