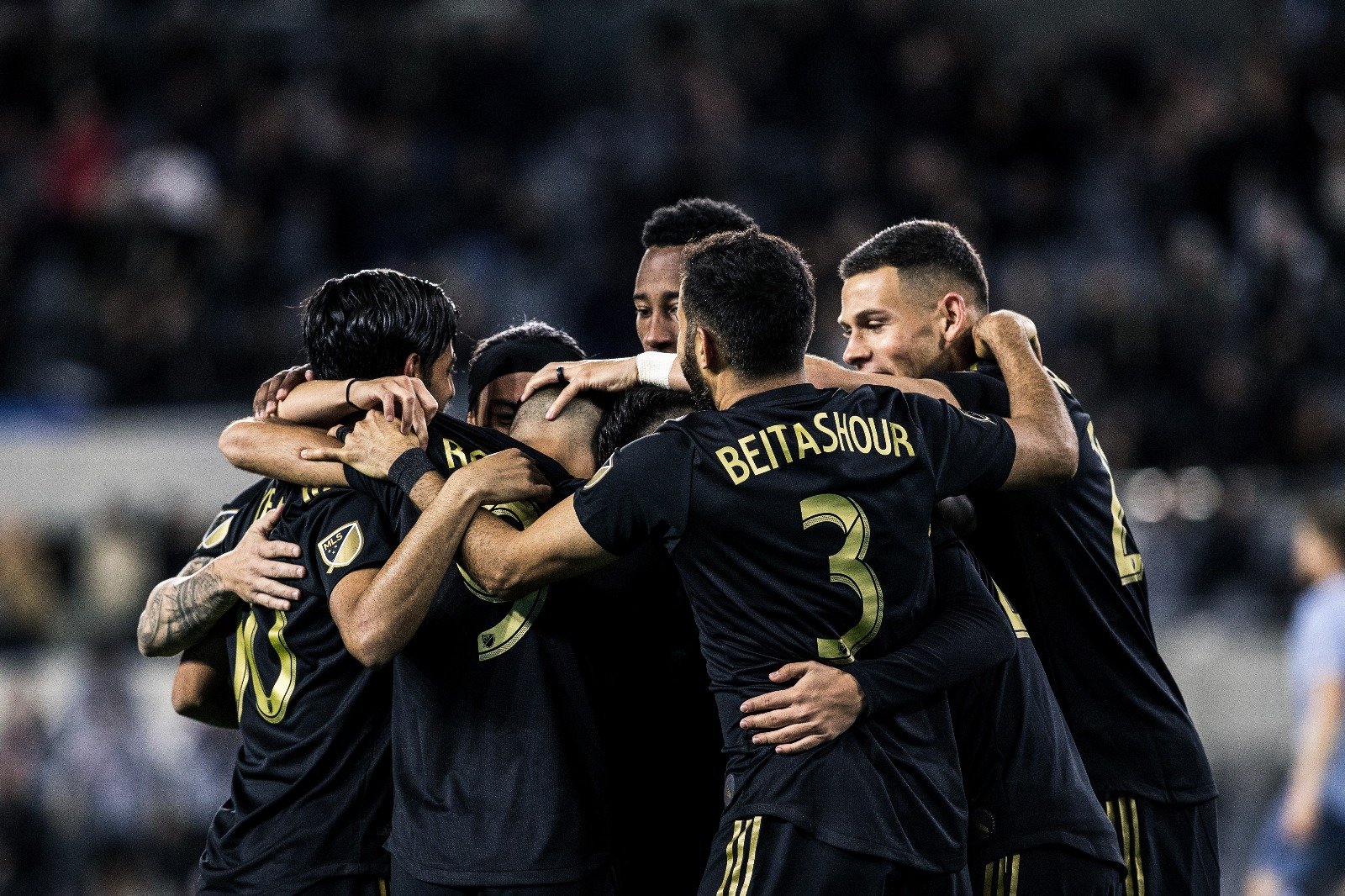 It just had to happen. Season Two premiered last night and it was epic.

LAFC hosted Sporting KC this past Sunday night at Banc of California stadium in both teams’ first match of the season. SKC finished last season as the top team in the West, and was the only team that beat LAFC at home during the 2018 regular season.  This was going to be a tough opener.

LAFC started off the season strong lineup wise, returning 8 regular starters from last year’s 3rd place squad. Tyler Miller was in goal, with Steven Beitashour, Walker Zimmerman, Eddie Segura and Jordan Harvey in the back. Comparing this to last year, I love this defensive lineup. Seeing the way Eddie and Walker work together in the middle of the backline, with the wingers going up and down the field, and getting coverage like we didn't see last year. Mark Anthony Kaye was back in the starting lineup, after a season-ending injury last year, and Lee Nguyen and Eduard Atuesta next to him in the midfield. Carlos Vela, Diego Rossi, and Christian Ramirez started up front. A packed lineup, in front of a packed house.

Of course, being the first game, there were plenty of festivities to choose from. Tailgating started at 12:00 pm going all the way till 4:00. Pregame, the 3252 lit up the stadium with a banner reading; "Til Death We Will Adore You" as shown above. The whole stadium lifted up grey signs, with a couple of sections reading LAFC in gold. Will Ferrell, one of the team’s owners, flew the falcon again.

SKC brought a very cynical approach to the game, committing 10 fouls and picking up 5 yellow cards in the first 30 minutes. They appeared intent to hack Carlos Vela everytime he got the ball.  And things were looking good for SKC when they grabbed a 1-0 lead that they took into halftime.

But Coach Bob Bradley, who was celebrating his birthday, must have given an inspiring halftime speech.  With SKC having picked up so many yellow cards early, they could not keep fouling Carlos Vela and thus shifted extra defenders to try to stop him.  And, that freed up Diego Rossi on the opposite side, who provided a wonderful solo run and shot to the far post to score LAFC’s first goal of the season and tie the match.  Yes, Diego scored the first goal two years in a row having also scored in the 2018 opener.

The game settled down some at this point, but LAFC had the best of opportunities as the game played on.

90+. With 4 minutes of added time put up and only one minute left, the ball ricocheted out wide to Jordan Harvey on the left. Jordan, who was playing his 300th MLS game, then played it thru to Adama Diomande, a second-half sub. Dio, as we call him, took the ball in the box and shot. Into the back of the net it went, as LAFC secured yet another Home Opener victory in added time.

My three big points from the match:

* Our defense will only get stronger. Eddie Segura and Walker Zimmerman are forming a great bond, and will just continue to work and make a stronger relationship as friends, and teammates. The addition of Eddie Segura was a great call by Coach Bob, GM John Thorrington and the front office. I am very excited to see where his future takes him.

* Get the jump: What LAFC needs to do is score the first goal and take over the match in the first 10 minutes. As a lot of famous coaches including former national coach Bruce Arena have said; “First Five”. This means in the first five minutes of the match, we get the first touch, first pass, first restart, the first goal. We need to get the jump and not wait until halftime.

* It is still early in the season: LAFC had many passes and crosses that were off target, but they were persistent and stuck with their plan and were appropriately rewarded.  As we get deeper into the season, we can expect to see the passing percentages increase, and even more scoring opportunities.

Bob Bradley had never won a game on his birthday, until this match. Welcome to Season Two. LAFC takes on the Portland Timbers March 10 at Banc of California Stadium. 4:30 pm.