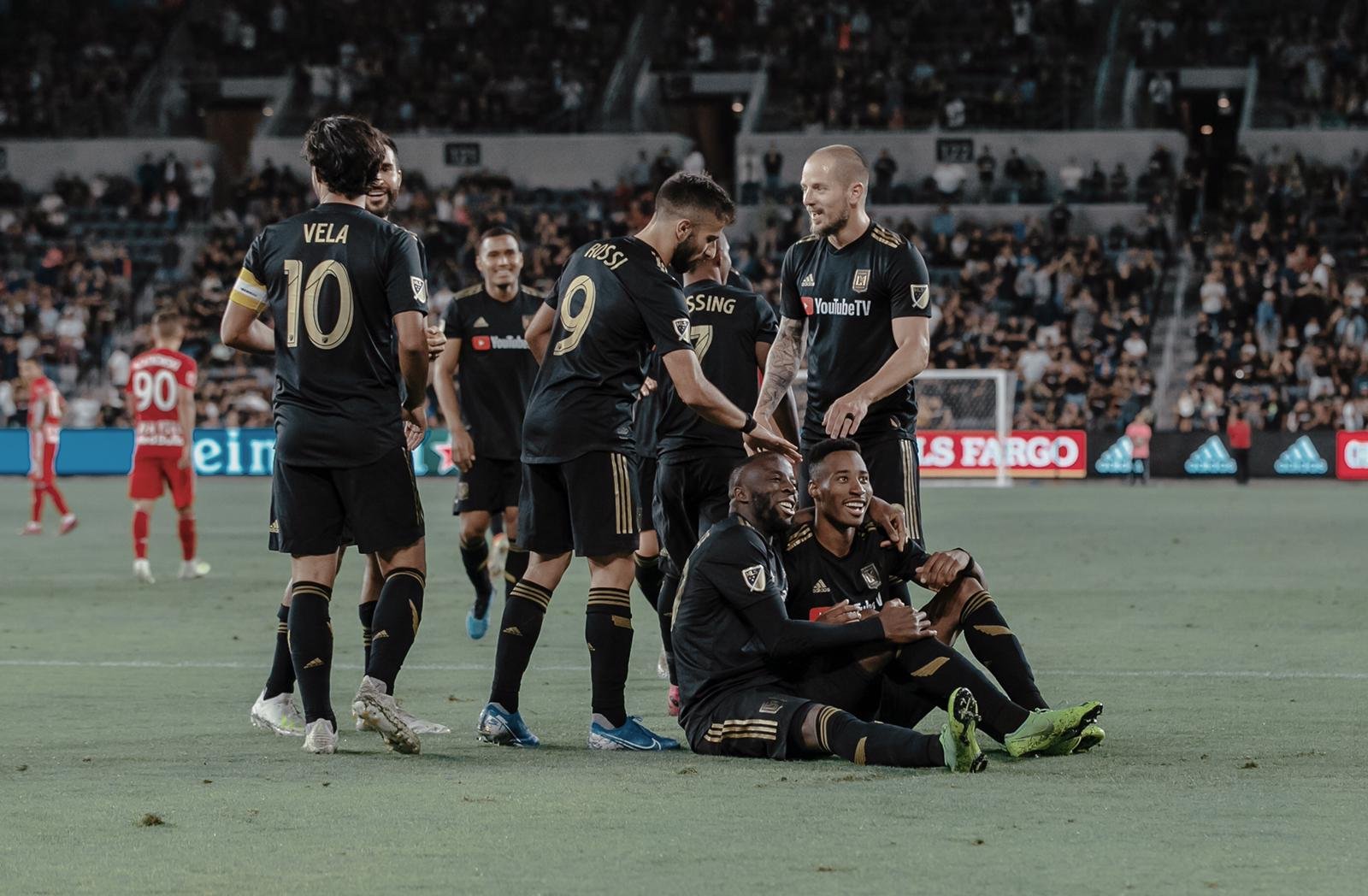 What could go down in my books as one of the games of the year.

LAFC come home to take on the New York Red Bulls in the last game of week 23. Both clubs are coming off wins and are hungry to add 3 points to their tally. LAFC, have been in first place since week 4 and want to extend their lead on the rest of the league. The Red Bulls are looking to hold their spot in 3rd place in the east.

Heres the first half situation; LAFC have a 2-0 lead by the 25th minute, with goals coming from Jordan Harvey and Latif Blessing. LAFC remained on top until the 42', when Red Bulls midfielder Cristian Casseres Jr had a hell of a shot that just snuck inside the post and cut LAs lead in half. In the 45', RB forward Brian White took a shot, hit the post and deflected into the back of the net. Just like that, it was all tied up at 2-2 going into the second half.

15 minutes into the first half, Carlos Vela drew a foul inside the box, stepped up to the spot and sent Luis Robles diving the wrong way AND got LAFCs lead back. Fun fact about that goal; Carlos Vela now holds the record for most goals scored by a Mexican-Born player in the MLS. 10 minutes later, Eddie Segura nodded home a cross that gave LAFC a 2 goal lead. Making the final score 4-2.

Final thoughts; An insane match which as I mentioned before, will go down as one of the best games of the season.