LAFC To Face Real Salt Lake in The US Open Cup 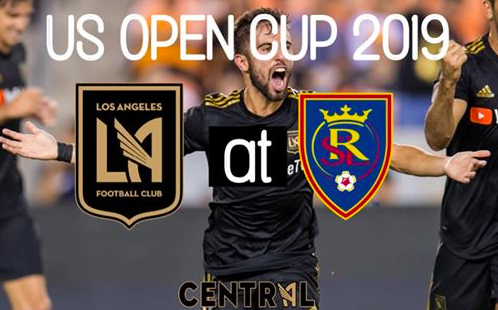 The fourth round draw for the US Open Cup was this morning and LAFC was in the Western Group. Their group included the likes of LAFC (Of Course), The Galaxy, Real Salt Lake and underdog story Orange County FC. The draw was in and LAFC were going to face Real Salt Lake in Salt Lake on June 11th.

Real Salt Lake have had an up and down season. They were just on a 3 game winning streak, but it was snapped by the Montreal Impact in a 2-1 loss. Earlier this year, RSL lost to LAFC 2-1 in a late goal thriller, as Walker Zimmerman blasted a ball past former USMNT Goalkeeper Nick Rimando in the 93rd minute of the match. But this US Open Cup game comes at a point of revenge. Last year, Salt Lake knocked LAFC out of the playoffs in a 3-2 disaster. RSL took an early lead, but LAFC came back with a Danilo Silva goal. Moments later, Christian Ramirez put the ball in the back of the net, giving the Black and Gold a 2-1 lead. The match soon fell apart for the Black and Gold, with RSL scoring two goals to put themselves on top 3-2 and advance to the next round.

LAFC have had success in the USOC, making a semifinal run, only to lose to the Houston Dynamo, in Houston, in penalties. Real Salt Lake have never won the cup and the furthest they have gone is being the runner up in 2013.

LAFC at Real Salt Lake will be airing on ESPN+. Join now and support your source for everything LAFC: bit.ly/JoinESPNPlus