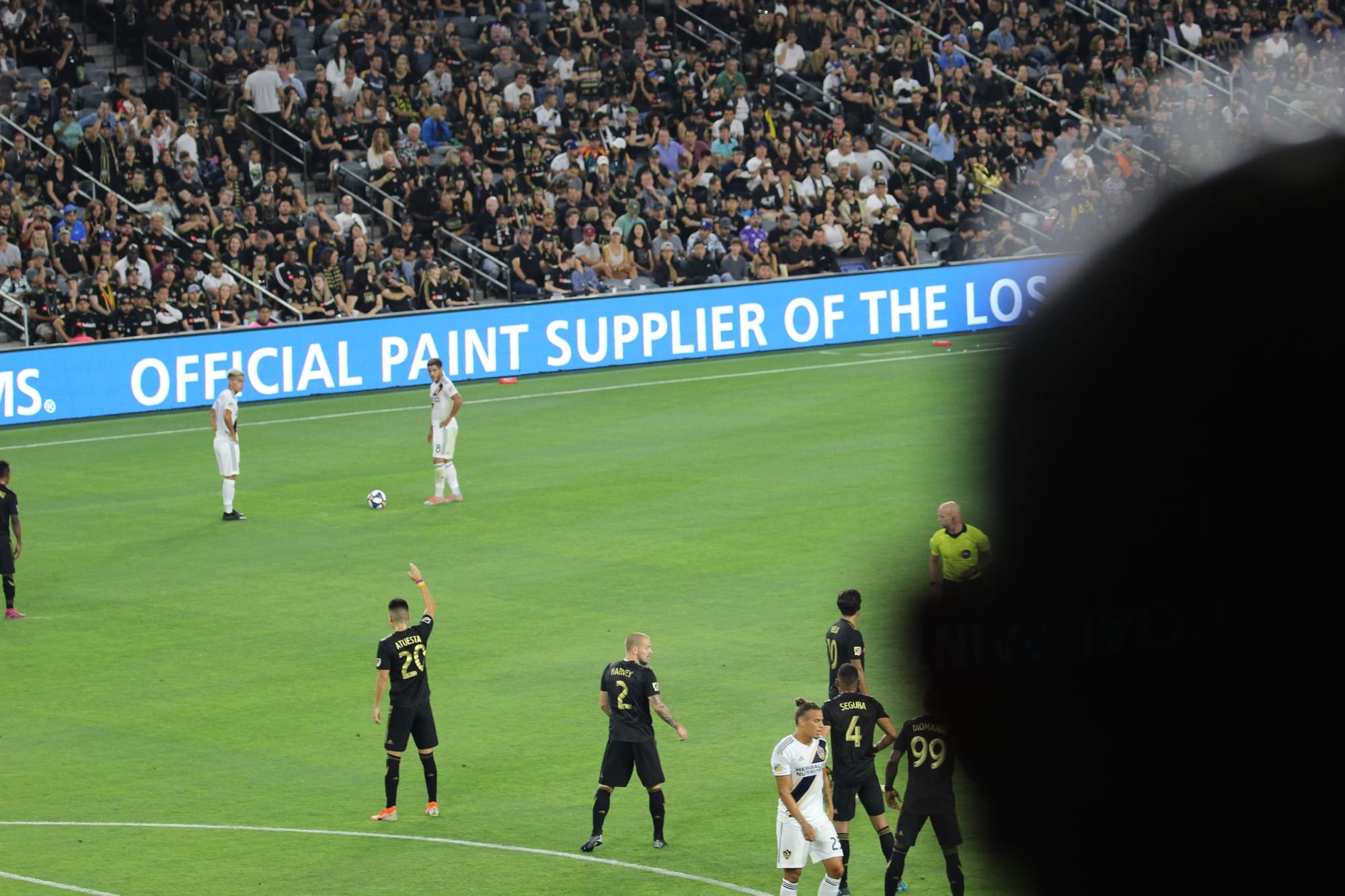 LAFC go down twice, come back twice and finish tied up with crosstown rivals the Galaxy.

It’s time for this years second edition of the LA Clasico! LAFC finish out Rivalry Week with a match against crosstown rivals, the Galaxy. In the first edition this year, the Galaxy took 3 points in a 3-2 victory, riddled with drama, arguments and a ticketing disaster which left hundreds of fans without seats to the big game. This time, LAFC are at home. Earlier this week, LAFC beat NorCal rivals the SJ Earthquakes in a thrilling 4-0 win. Goals came from Rossi, Vela & J Perez. On the other side of town, the Galaxy lost 2-1 to Mexican club Cruz Azul in a match that they couldn’t care less about. The Saturday before (8/17), the Galaxy couldn’t beat the Sounders in a very disappointing 2-2 draw for Galaxy fans.

The 3252 came up big as usual with a "Paradise City" themed tifo. The match got started very quickly, as Zlatan Irbahimovic scored in the 2nd minute. Zlatan would score a second goal in the 15th minute.

On the other side of the pitch, LAFC were fighting back. In the 12th minute, Latif Blessing tied it up off a cross.

Late in the first half, the Galaxies newest member, Cristian Pavon scored their 3rd goal of the match in the 16th minute.

Late in the first half (45+2), Latif Blessing scored his second of the match by rounding the keeper.

Carlos Vela would eventually get the equalizer, making it 3-3. That would be the final score.