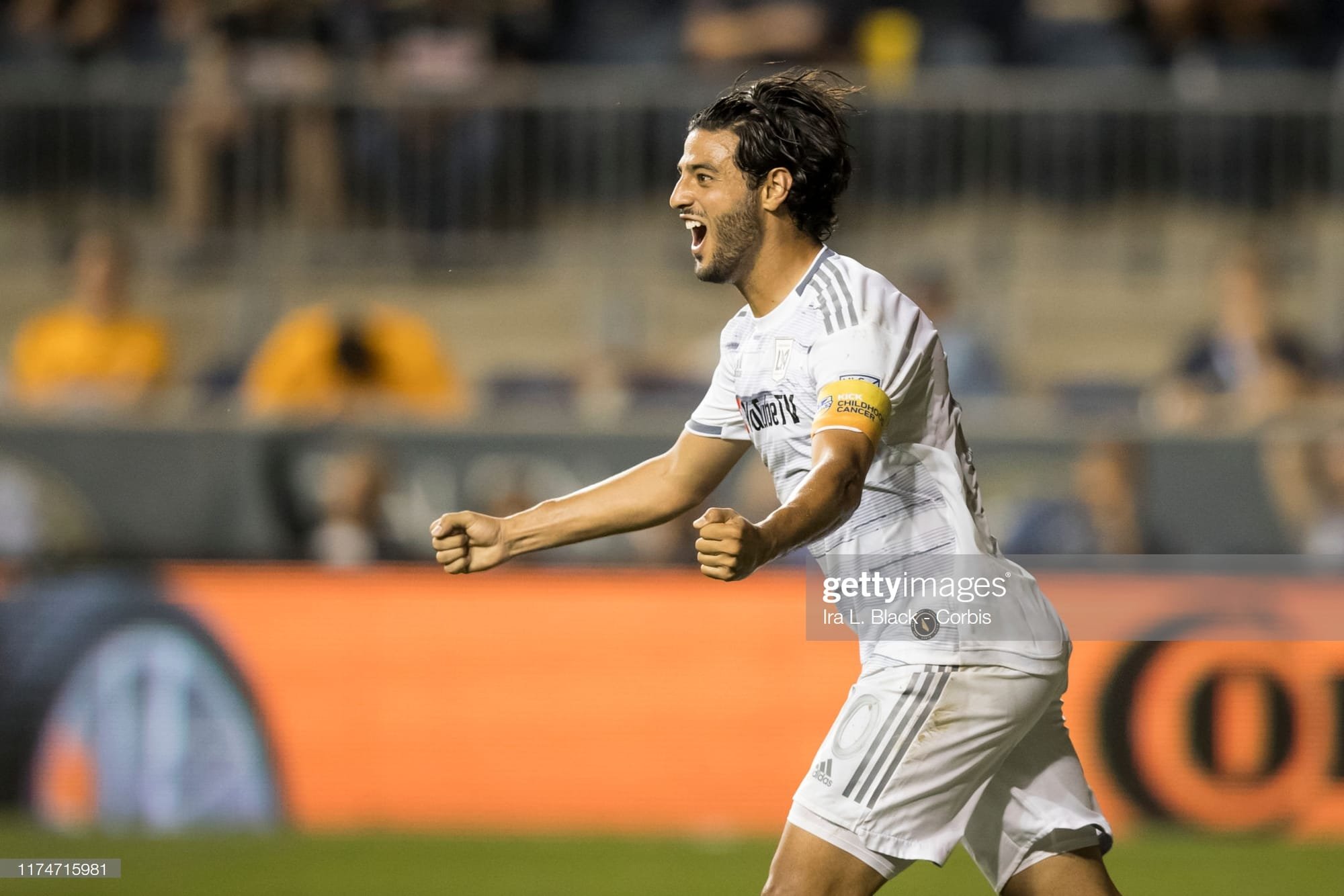 Carlos Velas back in the starting XI. The rest of the lineup is back as well for a Saturday march in the city of Brotherly Love.

The match began and Philadelphia was immediately on the attack. 2 minutes into the match and the Union chip a ball into the middle. Przybylko gets his head on it and puts it over Miller, into the back of the net. Just like that, down 1-0.

Thru the first half, both clubs had chances, including some awesome saves from a fellow Blake, Andre Blake & Tyler Miller.  But the Black & Gold were still down 1-0.

Until the 43rd minute, where off a throw in, Mark Anthony Kaye got the ball and played it off the bar. Luckily for us, it landed at Carlos Velas feet & he put it in the back of the net. All tied up going into the half.

Thru the second half, LAFC and the Union would both have a sufficient amount of chances. But it ended all square at 1-1. LAFC came out on top in shots, 16-9, and possesion was pretty much 50/50.

I’ll take a point on the road. But this is the 4th game without a win.

Looking to end this streak on the 21st when we take on Laurent Ciman and Toronto FC at the Banc.