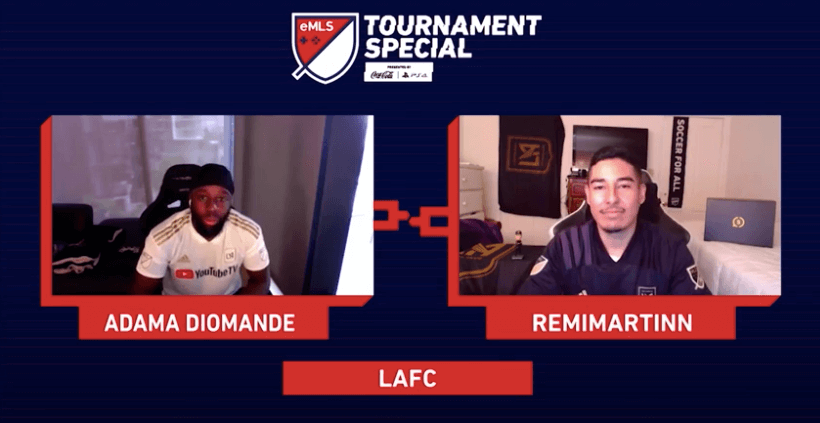 It ends 3-2 on aggregate and LAFCs run in the eMLS Tournament Special comes to an end. LAFC took down the Galaxy and the Chicago Fire earlier in the tournament and Diomande proved that he was a force to reckon with in the eMLS world.

Dio and Remi came out firing early in the tournament, proving that the club was one of the best. First lined up with crosstown rivals Galaxy, the club came up on top in both matches, with 1-0 and 3-1 wins over "Godfather" (Galaxy eMLSer) and Chicharito.

They moved on the take on Chicago Fire and moved on easily, with Adama Diomande securing a 4-0 win out of nowhere.

Being the first club to play, they waited 4 weeks to play again, where Sporting KC, Atlanta United and NYCFC advanced to join them in the final 4.

LAFC fell behind early to SKC, but came back to win 2-1, with Dio scoring with Vela and himself, again. Remimartinn was unable to get a goal in against Sporting KCs eMLSer Alekzandur. Aggregate ended at 3-2.