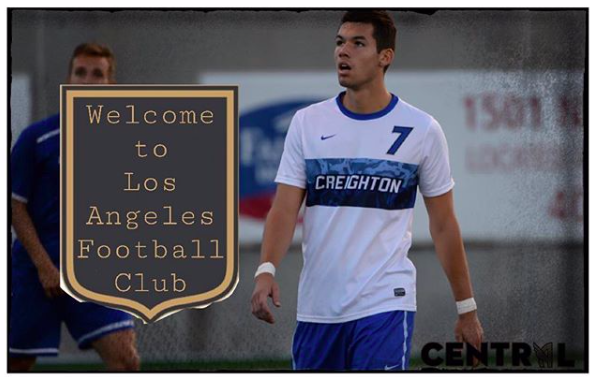 LAFC have selected 23 year old American forward Ricky López Espin in the MLS WaiverDraft. He was born in 1995. Ricky played for his college team, the Creighton Bluejays, picking up 74 appearances, 30 goals and 7 assists from 2014-2017. In 2016, he played for Lane United, picking up 4 appearances. In 2017, he played for the Tampa Bay Rowdies U23, picking up 2 appearances and 1 goal. At the 2018 MLS Superdraft, he was selected 33rd overall by Real Salt Lake. He went on loan to the Real Monarchs, picking up 8 appearances with no goals. Ricky should add some more depth to our forward duo of Ramirez and Dio. What are your thoughts?