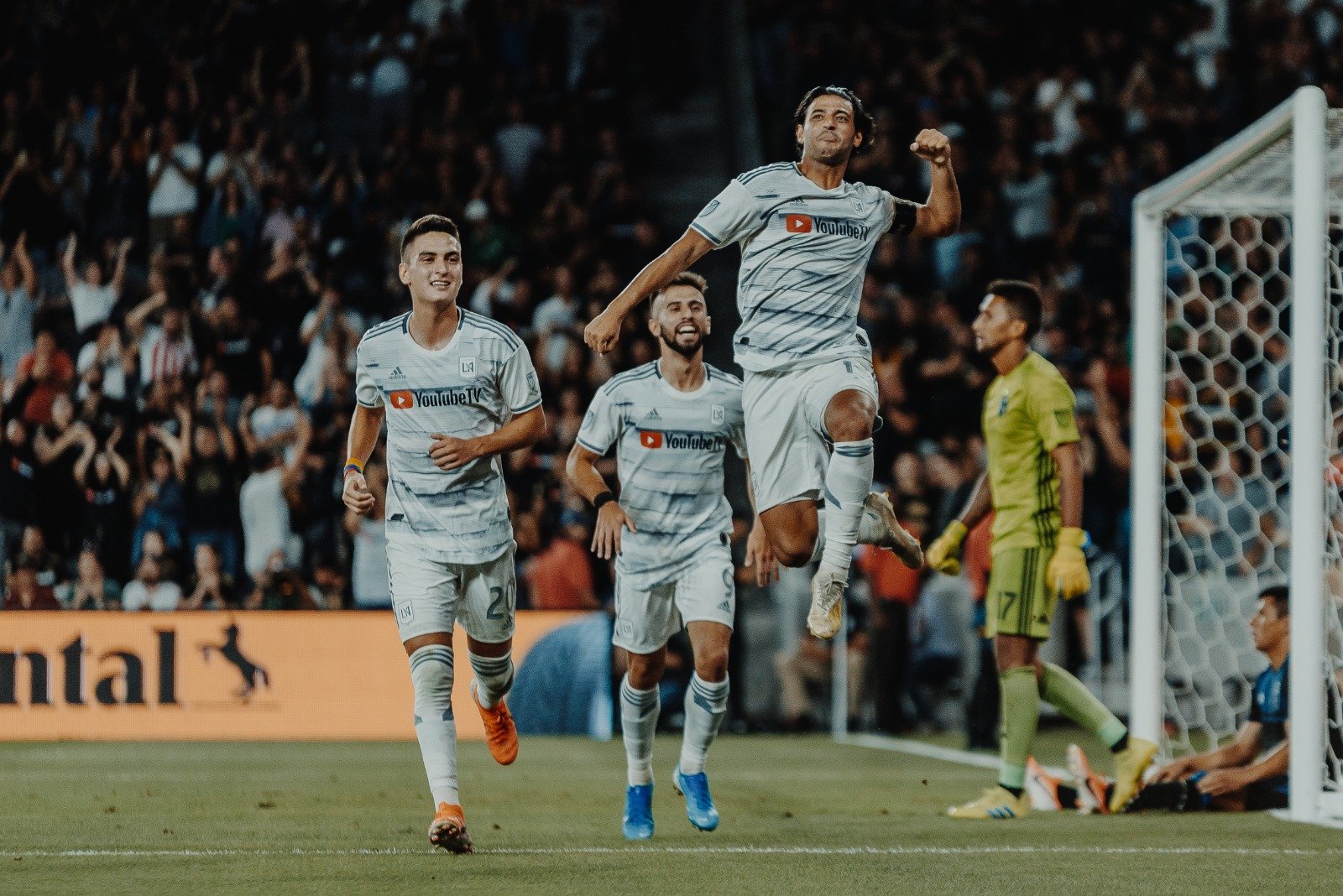 Welcome to my LAFC vs Earthquakes featuring (but not limited too): 4 goals, 3 points, Matias Almeyda gets tossed out and tie dye.

LAFC come home from a delightful 3-0 victory in Salt Lake and start a 3 game homestead, featuring 2 MLS Rivalry Week games. First up, the club from North Cali, the San Jose Earthquakes. Under the reigns of new head coach Matias Almeyda, the club has been completely revitalized, going from last, to 6th, but within 4 points of 2nd place. LAFC on the other hand, are in the middle of a historic season. If you’ve been living under a rock for the past year, here’s a recap: As of today; 61 points, 67 goals in 25 games.

It didn’t take LAFC long to get going today, as 5 minutes in, Josh Perez blasts a ball, SJ keeper makes a great save, but Diego Rossi is there to put the ball into the back of the net. 10 minutes later, Carlos Vela doubled it from 12 yards.

5 minutes till halftime and Carlos Vela is on the attack. After a stellar run and some passes with teammates, he cuts past 2 defenders and the keeper to make it 3-0. This has to be a candidate for the Goal of You have to remember that at this point, Matias Almeyda and one of his assistants have been kicked out, and the Quakes are falling apart. I wonder what the halftime meeting is like.

LAFC Forward/Midfielder Josh Perez scored his first goal tonight as well. 80th minute, he hit a lovely ball past the keeper from close range into the corner.

I asked my fanbase for some thoughts on the match. A topic that was largely talked about was momentum. Coming off a 4-0 win, can we keep up the momentum that could lead to a victory. The Galaxy are coming off a 2-1 loss. A loss they don’t give a crap about, but still a loss. Another big topic was that our defense was caught off guard a few times. One final note, there were 2 big VARs today. The one that gave Vela a penalty and one that took away our 5th goal of the day.

Finally, your LAFC Central Man Of The Match, Carlos Vela.

Join us at the Banc this Sunday when we face crosstown rivals the Galaxy or tune in on FS1 at 7:30 PT.